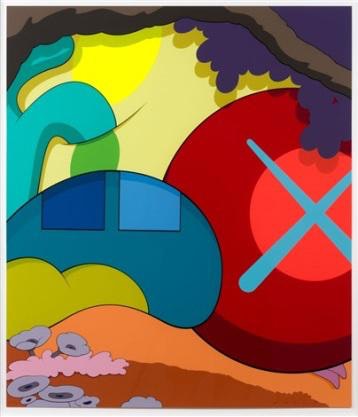 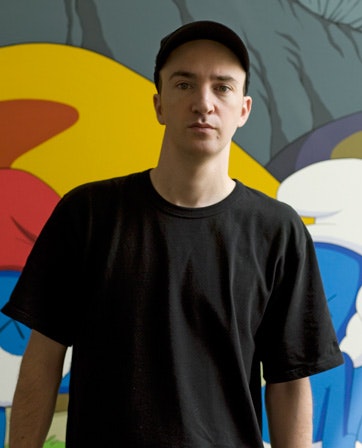 KAWS is a notable artist and a limited-edition toy and clothing designer. He was born in Jersey City, NJ, as Brian Donnelly. In elementary school, he first became interested in graffiti, where he spent most of his time copying graffiti images onto paper. His first influences were neighborhood children that tagged walls within his community. As he grew older, his influences developed to traditional life painters such as Gerhard Richter, Klaus Oldenberg, and Chuck Close.

KAWS's career began as a graffiti artist in New York City in the early 1990s. His images were seen on billboards, bus stops, and in phone booths. He then got his BFA from the School of Visual Arts in New York. After graduation, he began working as a freelance artist for Disney, creating animated backgrounds. His most popular contributions were for 101 Dalmations, Daria, and Doug. Once KAWS gained popularity, his graffiti advertisements became highly sought after, allowing him to travel the world with his career to Paris, London, Germany, and Japan.

In 1998 KAWS received the Pernod Liquid Art Award, and later on, began to design and produce limited-edition toys. His toy design career increased popularity in Japan, forming collaboration partnerships with Nigo, Bathing Ape, and then Disney. KAWS's other works include the redesign of Mickey Mouse, The Michelin Man, and Spongebob SquarePants.

His solo exhibitions have been held at The Aldrich Museum of Contemporary Art in Ridgefield, CT, the Harris Museum in Preston, UK; the Parco Gallery in Tokyo, Japan; and the City Gallery Chastain in Atlanta. His solo exhibition, OriginalFake at the Bape Gallery in Tokyo, featured a Wonderful World that sold for $400,000. KAWS also had a traveling exposition, Beautiful Losers, that toured throughout Europe and the United States in some of the most exclusive art galleries.

The artist is currently living and working in Brooklyn, New York.